The dark side of the construction boom 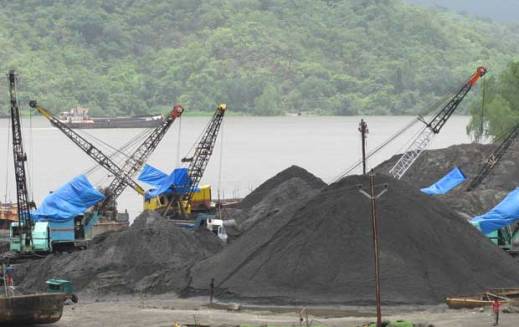 This blog entry was written by Kiran Pereira, a guest blogger for WIN and experienced consultant in the water sector.

Imagine this: a group of reporters are visiting a picturesque creek of a river on the western coast of India and are taking some photos. They are approached within minutes by a menacing gang in a large vehicle who interrogate them on their presence in the area. One of them roars “Who gave you permission to shoot [pictures] here? We have purchased the entire creek for Rs 28 crore (approx. 5,113,688.22 USD). We own it now,” Fearing violence, the frightened group flees the site in their car but are followed by a large vehicle. They drive at 100 km/h through the lonely mountainous section in a furious bid to reach safety.  Just when they believe that they escaped in the nick of time, they are forced to stop the car as another large vehicle intercepts their path. Within minutes, they are surrounded by 20 to 25 people who start breaking the windows of the car. Their camera is snatched away and smashed to smithereens. The group barely avoids getting lynched.  Despite a criminal case being filed, none of the attackers are convicted (Rajadhyaksha, 2010, Abdulali, 2012).

Such an incident wouldn’t be so shocking if the group were investigating clandestine mining activities in private property, but the mining site in question was public space and the group was investigating the business of indiscriminate sand mining. In general, sand may not be viewed as a precious and scarce resource. However, without sand/gravel, there can be no buildings, electronic chips or many other essentials that are taken for granted in our modern lives. Sand is a crucial part of the supply-chain of the construction industry, an industry expected to reach $12 trillion per annum or about 13 per cent of the global GDP in 2020 (Global Construction perspectives, 2012). In developing countries, such sand is mostly taken from riverbeds, creeks and beaches where available because desert sand is not suitable for construction. By and large, the construction and real-estate industry is the lynchpin of economic growth and development. But it is also one of the most corrupt sectors, according to Transparency International’s Bribe Payers Index. Incidents such as the one described above are surprisingly very real and very common across many parts of the world, especially in developing countries such as India. There are scores of examples where public places are being exploited for private gain. After China and the United States, India has the world’s largest construction business. The country plans to invest $500 billion in building up its infrastructure and another $500 million has been earmarked for the construction industry alone. However, India does not have any regulatory and monitoring framework to ensure sand is excavated in a sustainable manner (Lakshmi, 2012). With India’s growth, the unprecedented demand for sand in order to build factories, high-rise apartments, offices, schools and basic infrastructure such as highways, runways and parking lots is beginning to take a toll on river systems and the people who depend on them for their livelihoods.

I travelled to my home country India in order to research the fiercely contested landscape around sand mining for my master’s dissertation in June 2011. My case-study was based on Mumbai, the financial capital of the country and 3 villages near it that supply sand to it. The visit to the villages showed that corruption was found to be widely prevalent in every aspect of the trade. I learned that sand was being dredged illegally and operations were claimed to be carried out non-stop 24 hours a day all the year round including during monsoons. The operations were facilitated by illegal mechanical dredgers and suction pumps. Most of the sand was then sent to contractors in Mumbai, some of whom admitted in confidence that they were forced to purchase sand from specific sources in the area. Sand sourced from elsewhere couldn’t be sold in the city unless a commission was paid to the mafia. This made it economically infeasible to buy sand from other mining sites and they were therefore forced to purchase sand at the rates dictated by the mafia.

In the villages, despite opposition from several Panchayats (local governments), dredging operations were still carried out with impunity because a mafia controlled the trade and many involved were either close relatives or friends of local politicians. Although the livelihoods of local people were directly impacted by the mining activities, they were denied a voice in the matter. For instance, the livelihoods of local fishermen were being threatened by the sand barges which often destroyed their nets. Yet the fishermen claimed that no one was willing to register an official complaint. They were instead threatened and intimidated into silence. Reporters, activists and anyone who seemed to threaten the status-quo were subject to violence, intimidation and even to physical assault. I personally experienced such intimidation in a village when a youth on a motorcycle relayed my vehicle number to a third party on his mobile phone and stood within hearing distance assessing the threat to dredging operations during my guided visit to a mining site,

Unsustainable sand mining undermines local water security. Research has shown that it can reduce aquifer storage significantly. The most crucial impact though is that sand mining can result in saline intrusion in freshwater systems, thus crippling fisheries, agriculture and groundwater quality. Sand mining also causes decreased protection from sea water, especially during ocean disasters and increased shoreline erosion rates. This is significant especially in light of climate change and the increasing ferocity of storms. Moreover, it also causes destruction of fragile habitats and reduced species richness. The resulting socio-economic impacts include loss of livelihoods, changes in land-use patterns and increased public-health costs. Fortunately, there are positive examples that we can learn from where sand mining and its impacts have been controlled such as in Sri Lanka (Das 2012). Considering the high stakes involved, much needs to be done to ensure that this issue gets adequate attention and focus. If we are to truly seek sustainability beyond empty definitions, resources such as sand need to be valued not just as a means to an end but also for their ecological role and the foundation they provide to society itself.

One response to “The dark side of the construction boom”